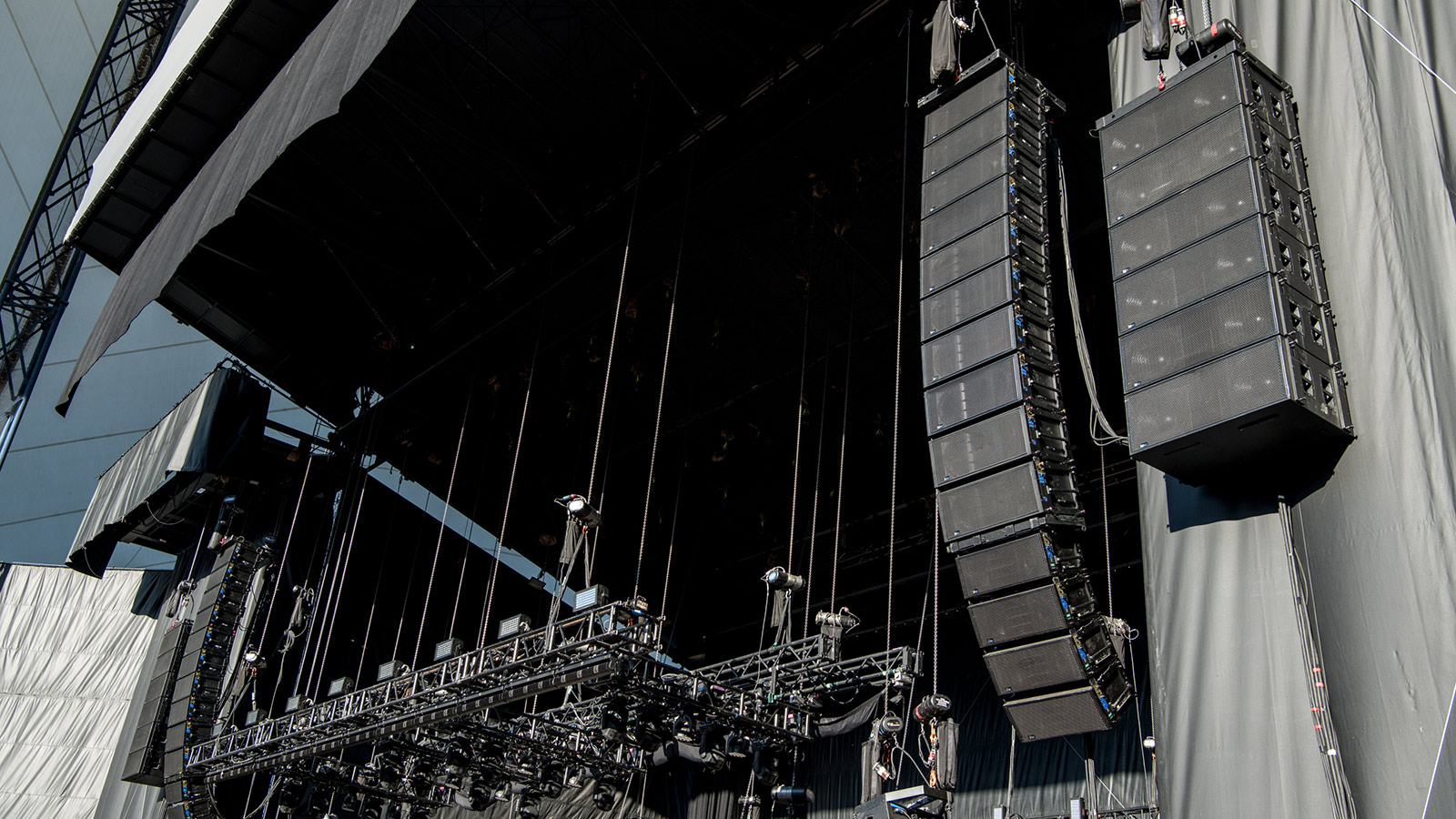 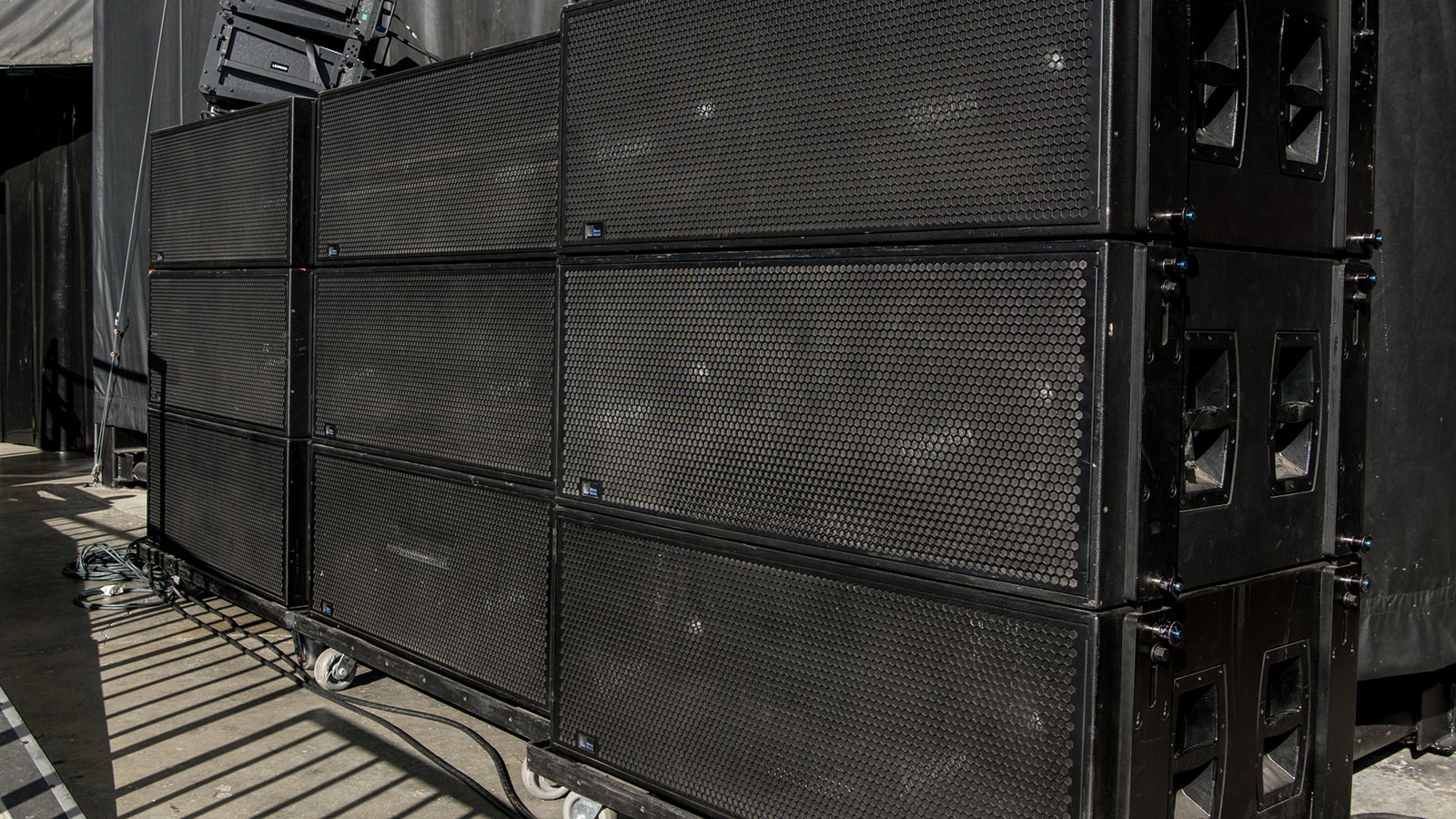 Best-selling hip-hop artist Post Malone recently wrapped up the North American leg of his 2018 tour in support of his latest album, Beerbongs and Bentleys, which broke streaming records on Spotify the day it was released and zoomed to the top of the Billboard Hot 200. The 26-city tour of mixed arenas and outdoor sheds was supported by a massive Meyer Sound LEO Family reinforcement system supplied by VER Tour Sound.

“The LEO system is a beast,” states FOH engineer Joe Hellow, who has extensive studio experience as well as touring credits with Big Sean, Tyga and Miguel. “This kind of power could be scary for some engineers just starting out, who might be intimidated about keeping control of such a powerful box. But working with VER I’m backed by great system techs who give me the tools and the confidence to make it happen. I’m really happy with the results on this tour, and everybody has raved about the sound.”

“The 1100 is a monster that is rounded and thick,” says Hellow, “and it doesn’t interfere with my mix. I use the flown subs to keep a linear sound, then I use the ground subs as an effect to just wrap around your body. You can actually feel your shorts moving. In some venues I have to reach for the sub master and pull it down because it’s so massive.”

Production manager Dennis Danneels has been impressed – and gratified – by the throw distance of the main arrays. “The LEO/LYON rig is one that just doesn’t stop,” he observes. “It always seems to have more power in the tank. We’ve had some challenging sheds with house delays that haven’t been updated to today’s demands, but we had enough extra horsepower from our own stacks to pick up the slack.”

Danneels also credits the Meyer Sound system and the VER crew for keeping the tour running like clockwork despite the varied venue sizes and configurations. “In today’s touring market we’re seeing more inconsistencies in the venues on a run, so you need to adapt quickly. The LEO Family PA has met those challenges, and VER has some great young talent in their dugout, with great skill sets and work ethic. I’ve begun to call them ‘the future’ on this tour.”

Summing up his experience, FOH engineer Hellow concludes, “I’ve mixed on every modern-day system out there, and now when I go on the road Meyer is first on my rider.”

The VER audio crew was headed by systems engineer Kevin Valind, aided by PA techs Justin Stiepleman and Colten Mortensen. Under the direction of account manager Jeff Priepot, VER supplied a turnkey package that also included lighting and video. The Post Malone team was filled out by monitor engineer Blair Bondy and tour manager Kurt Kuehn. Creative direction was by Bobby Greenleaf, an associate of the artist’s manager, Dre London.

The front end of the Post Malone tour was anchored by a DiGiCo SD10 paired with a fully-loaded Waves SoundGrid server. Vocal microphone for Post Malone was a Shure Axient digital wireless topped by a DPA d:facto capsule, with vocal processing via a Rupert Neve Designs Shelford channel strip.