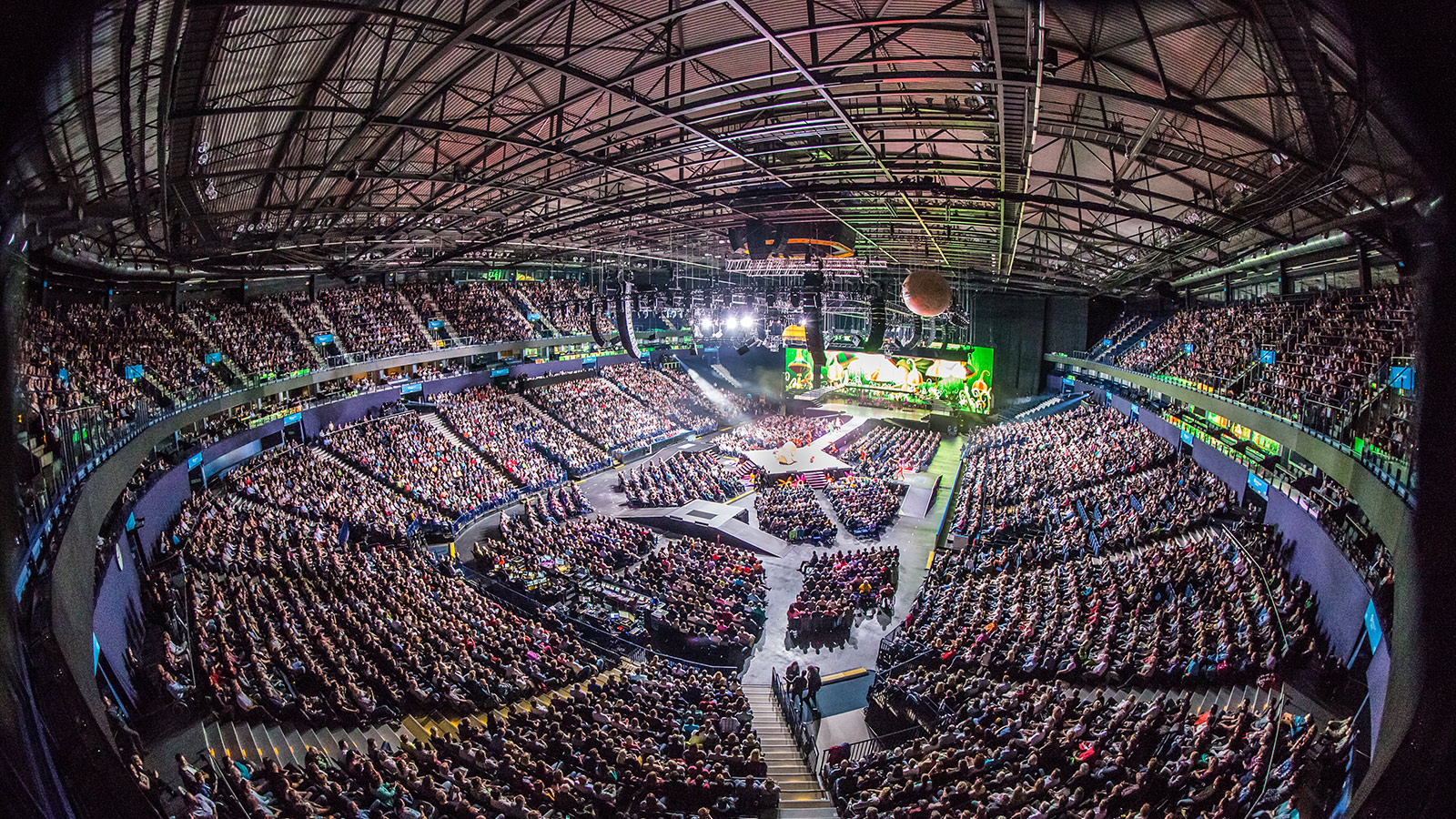 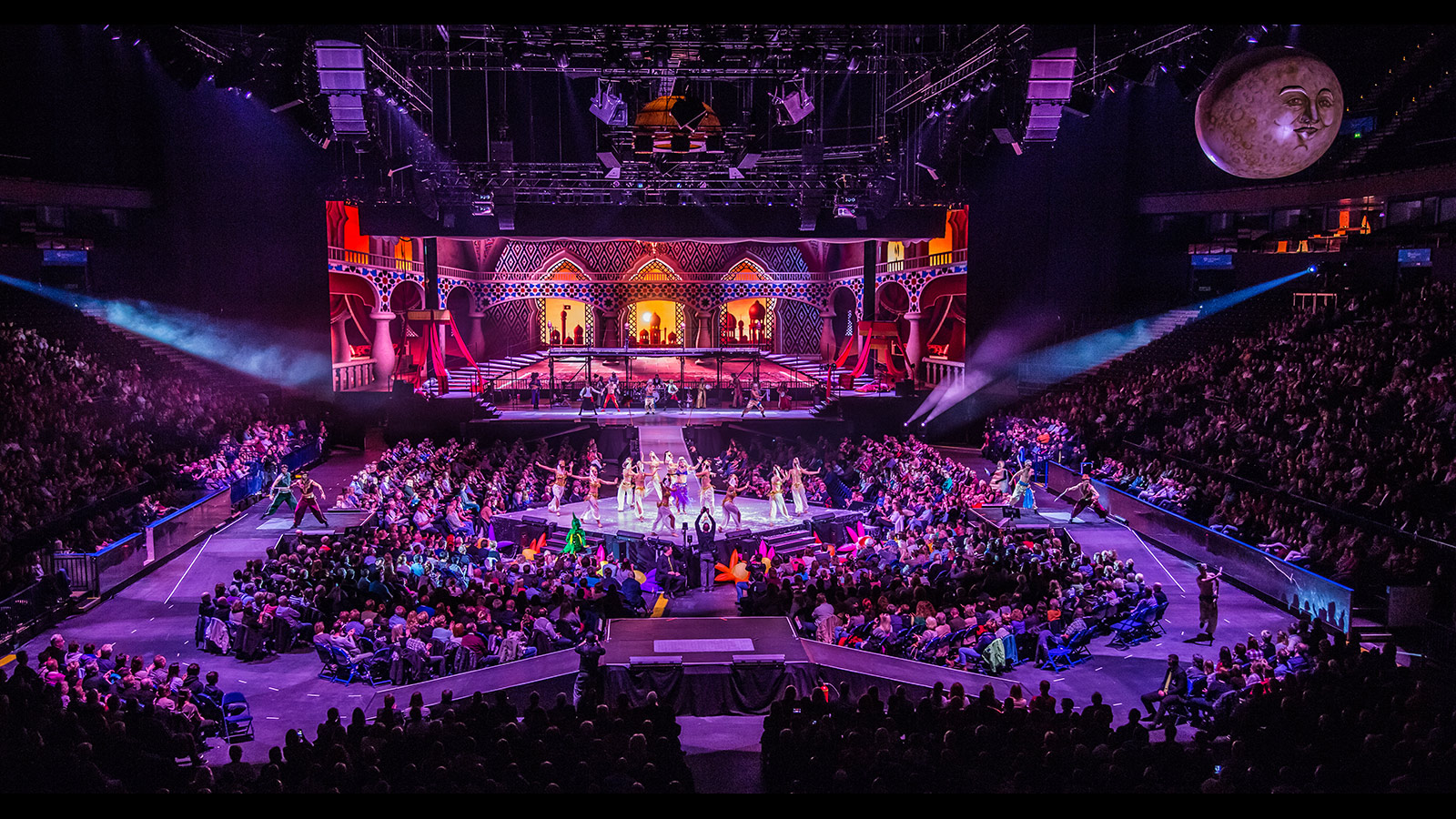 The unconventional star that headlined one of Europe’s top-grossing tours is a small green dragon named TABALUGA, a fairy-tale figure co-created by the tour’s other star, celebrated German rock musician Peter Maffay. Booked in the largest halls and arenas of 19 major cities, the tour relied on a robust and intricate Meyer Sound audio system based around LEO family line arrays for impact and intelligibility.

The elaborate staging consisted of a main stage flanked by large staircases, a catwalk with a center stage and three additional side stages thrusting out into the audience. Forty LYON line array loudspeakers were deployed as front speakers and delays, supported by 116 LEOPARD line array loudspeakers as surrounds on the sides. Bass support was provided by 18 900-LFC compact low-frequency control elements flown in cardioid arrays plus 10 1100-LFC low-frequency control elements under the stage. Coverage for the infield, near-stage, and catwalk areas was supplied by 32 UPQ-1P, 26 UPJ-1P and 10 UPJunior loudspeakers.

Robert Schmidt, the system engineer also responsible for sound design, explains why they needed such a massive system. “Maintaining spoken word intelligibility in arenas is extremely difficult with this mixture of musical, fairy tale and rock concert. Often the performers are in front of the PA with their headset microphones open, which can be problematic. However, the Meyer Sound LEOPARD arrays have never let us down in this respect, and since we also play some hard-rocking songs, we wanted the extra power of the LYON arrays.”

The show’s mix of play-acting, music and singing was spread across a huge area with different stage positions, making it difficult to localize imaging for performers. “All soloists are equipped with a small tracker that allows us to locate them in the expanded stage area,” explains sound engineer Dennis Siebert. “For this feature, we required a large number of powerful, highly linear loudspeakers to make the best possible sound.”

With a 50-person cast, it made sense to divide FOH duties. Werner Schmidl, longtime engineer for Peter Maffay, mixed the band while Sven Kallenbach handled soloists, effects and pre-recorded tracks. The PA system was provided by POOLgroup GmbH of Emsdetten, Germany.