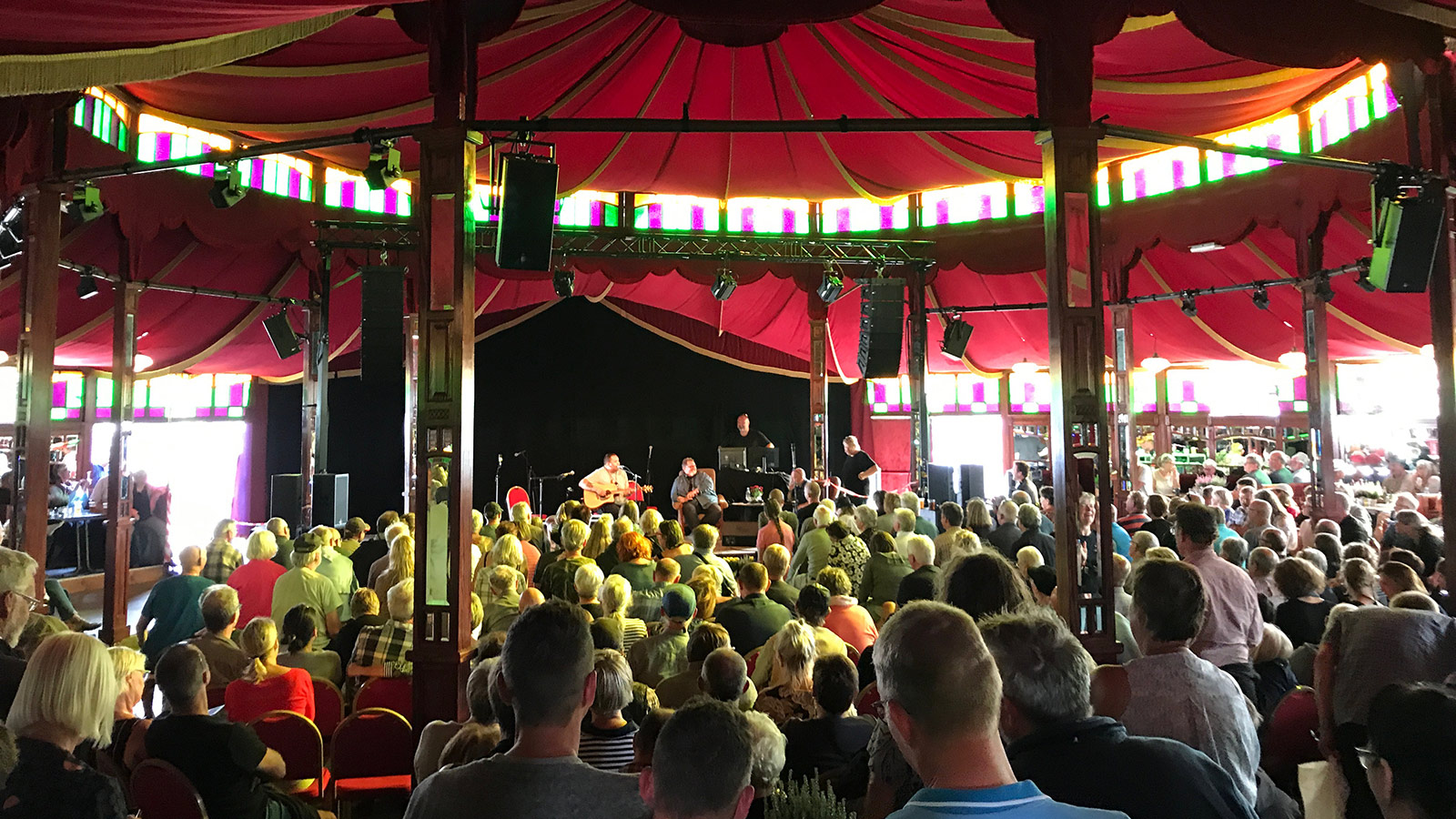 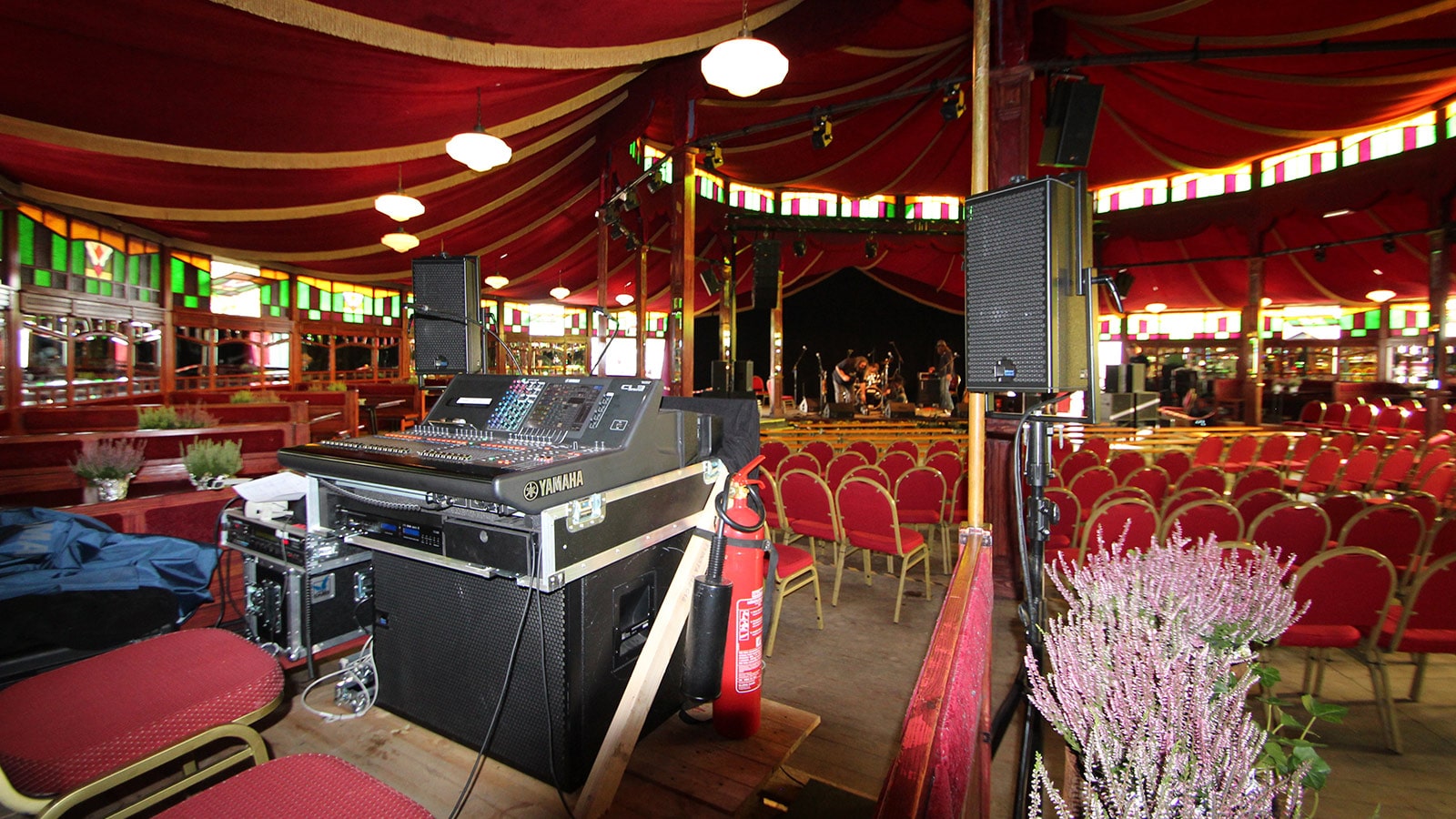 The Tønder Festival, which takes place every year on the last full weekend in August, has been playing in its own league for more than 40 years in the Danish festival culture. The festival, which was first held in 1974, has developed into the most prestigious folk and roots festival in Northern Europe in recent decades. Tønder stands for quality. The more than 60 artists, made up of young talents from folk, roots, indie rock, alternative country and singer-songwriter scenes from Ireland, the UK, North America and Scandinavia in particular, as well as top artists and veterans of the international and Danish folk music scene, appreciate the first-class equipment used and rely on highly qualified technicians.

Since the festival moved from the city center to its own festival grounds in 2012, the concerts have been held at several venues with approx. 180 to 2,700 seats for spectators. A large outdoor stage is also used. The Bolero, also known as the mirror tent, is a kind of exclusive stage with a special flair for international talents. The many wood, mirror and art deco elements give the tent, made of heavy red fabric, a very special atmosphere.

This year Meyer Sound’s new LINA very compact linear line array loudspeaker system was used at Bolero. The entire Meyer Sound System included 12 LINA as main PA system, eight 750-LFC low-frequency control elements as main subs, four UPJ-1P and two UPJunior as fill and 16 MM-4XP and two UPJunior as delay. MJF-210 were used as monitors on stage. Two further UPJunior and a USW-1P served as FOH monitoring, the entire system was controlled by three Galileo 408 loudspeaker management systems and a Galileo Callisto 616 array processor. The entire system at Bolero was provided by P.A. Syd from Sønderborg, Denmark, who are a technology supplier for the festival since 1982, starting with UPA-1As 35 years ago.

For Lars Opstrup, project manager for P.A. Syd and FOH engineer at Bolero, the Tønder Festival is a matter of the heart, since he was entrusted with the sound at Bolero for the first time in 2012. “I was especially looking forward to the Tønder Festival this year, as it was my first time with LINA. I’ve worked with Meyer Sound LEOPARD many times and my expectations of LINA were accordingly high and I wasn’t disappointed.”

LINA reproduces audio extremely transparent and delivers every detail perfectly with a remarkable performance/size ratio. “It’s a pleasure to work with a system where you can feel the reaction immediately when you change the smallest detail on the mixer,” Opstrup continues. “LINA was perfect for the stage in the Bolero. At no time, have we reached the limits of the system. It was also the first time I could work with the 750-LFC. Due to the limited space on stage I used a cardioid L/R setup. Due to the very compact dimensions of the 750 LFCs, I could place more speakers in the small space and thus get more than enough power from the system. The 750-LFC surprises with a punch and a very tight response, but still manages to achieve what you would not normally expect from a speaker of this size in the lower frequencies.”

“I received a lot of positive feedback from the artists during the sound checks. They were amazed at the clarity of the sound and the system’s behavior. After almost every concert I received a lot of positive comments from the audience and the festival officials were also enthusiastic about the system and the results in the tent. We even had technicians from the other stages who were all impressed by the compact system. We have achieved this through the detailed sound with a very well-covering system.”

The LINA System was sub-hired from Prime Production ApS, the first LINA owner in Denmark. 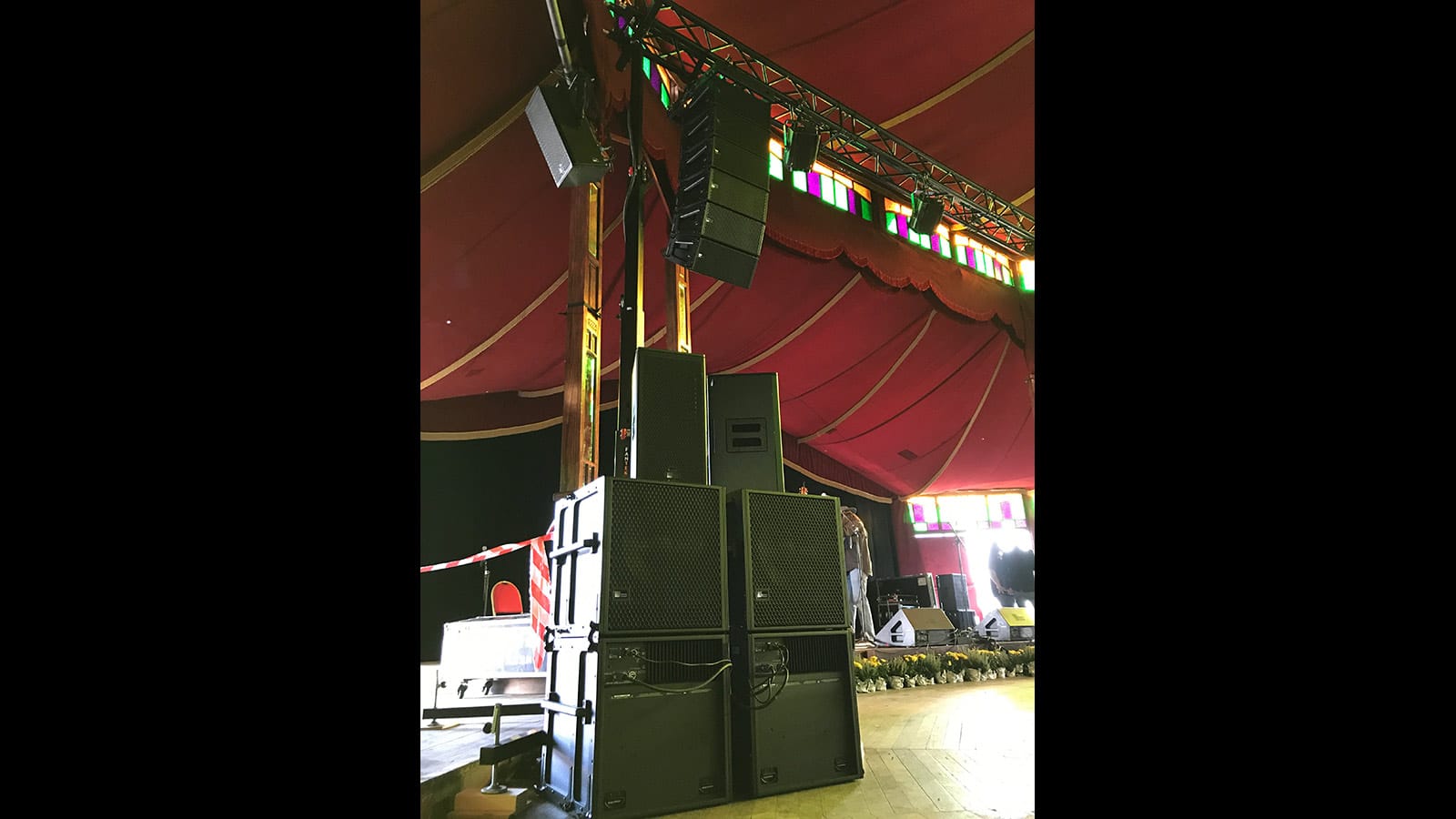 Peter Petersen, Managing Director of Prime Production ApS explains why he decided to invest in LINA: “We have been working with Meyer Sound MINA systems, which are really good all-round loudspeakers, for many years. When the LEO family was extended with LINA, we were very happy. It’s a win-win situation for us, the compact size has been retained, but the speaker has been upgraded to almost twice as much sound, and the easy setup is excellent for smaller jobs. In addition, we have also invested in the compact 750-LFC, which can be flown or stacked directly under LINA. And once again, it’s unbelievable that you can get so much power out of such a small box.”

“The first time we saw LINA at ISE in Amsterdam, but we only saw it. The LINA demo in Falkoner Salen Copenhagen convinced us completely. The system played and sounded like a much larger system, so there was no longer any doubt about our decision,” Petersen added.

Denmark’s first LINA system had its debut at the Rockbæk Festival in Holbæk.

Christian Rosenkrands was responsible for monitoring the stage in the Bolero. 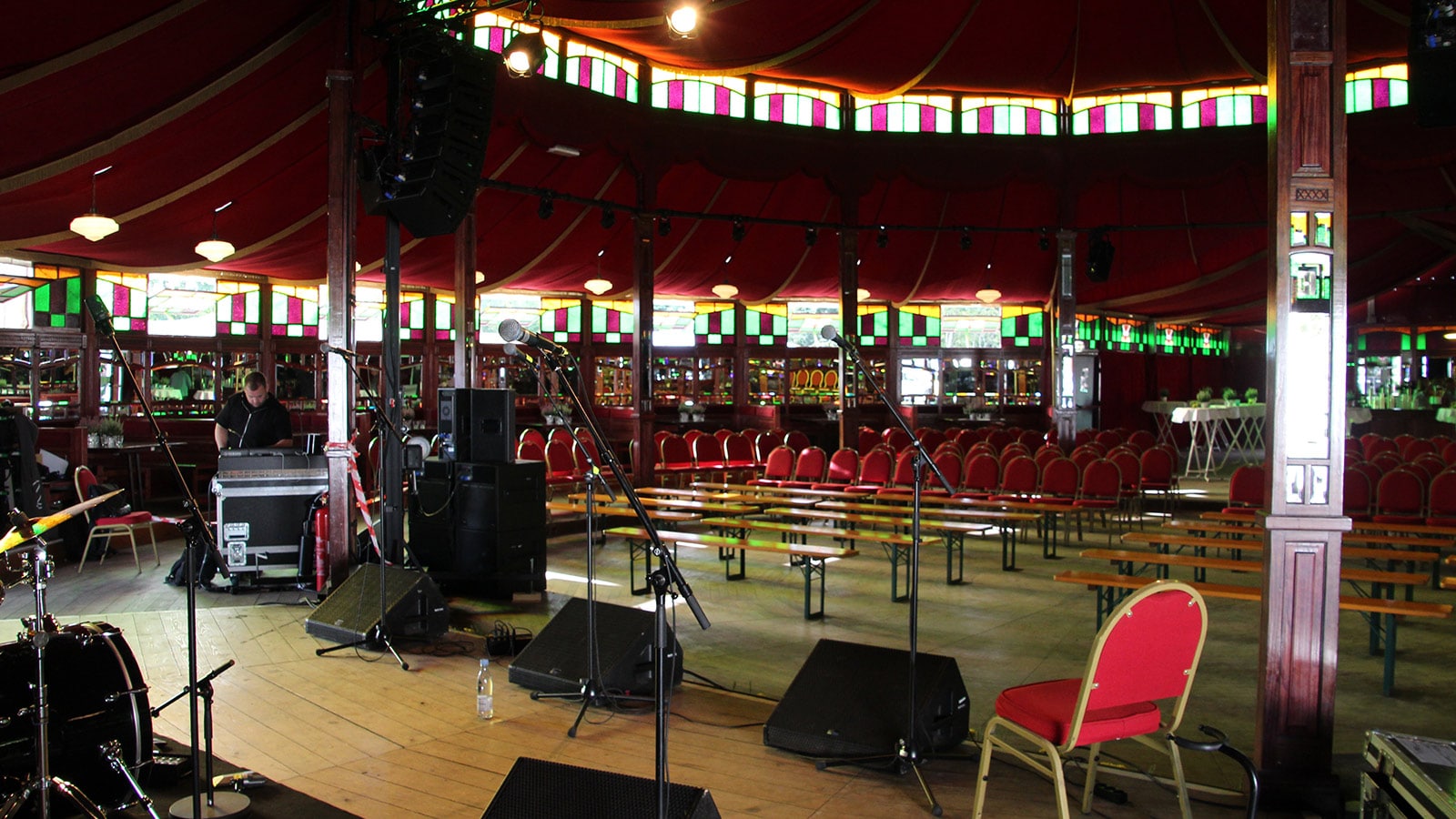