Back to previous page
Project List
Previous article
Next article
Meyer Sound Immerses American Repertory Theater in the Intimacy and Intensity of Jagged Little Pill
Posted on Tuesday, May 29, 2018 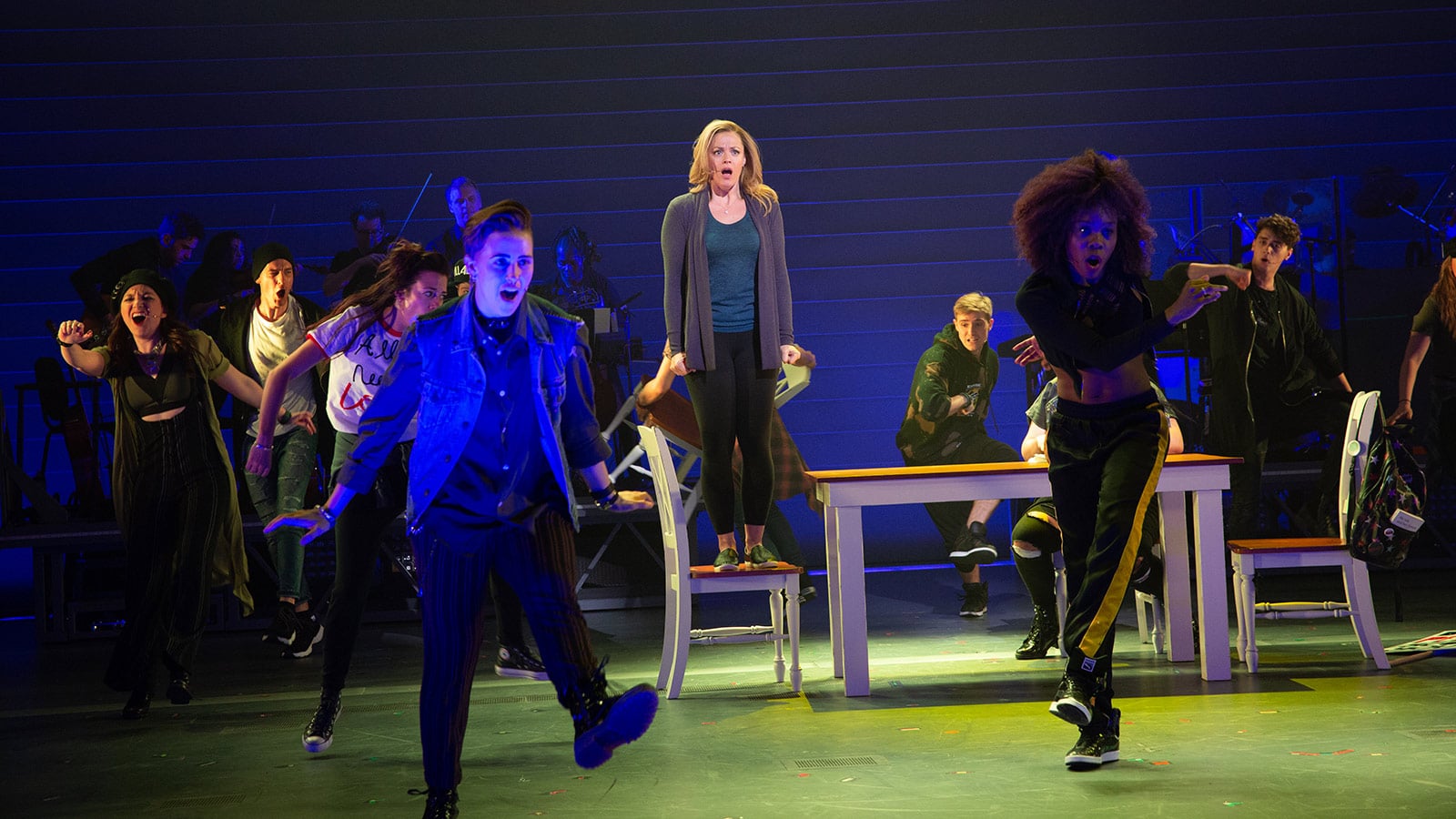 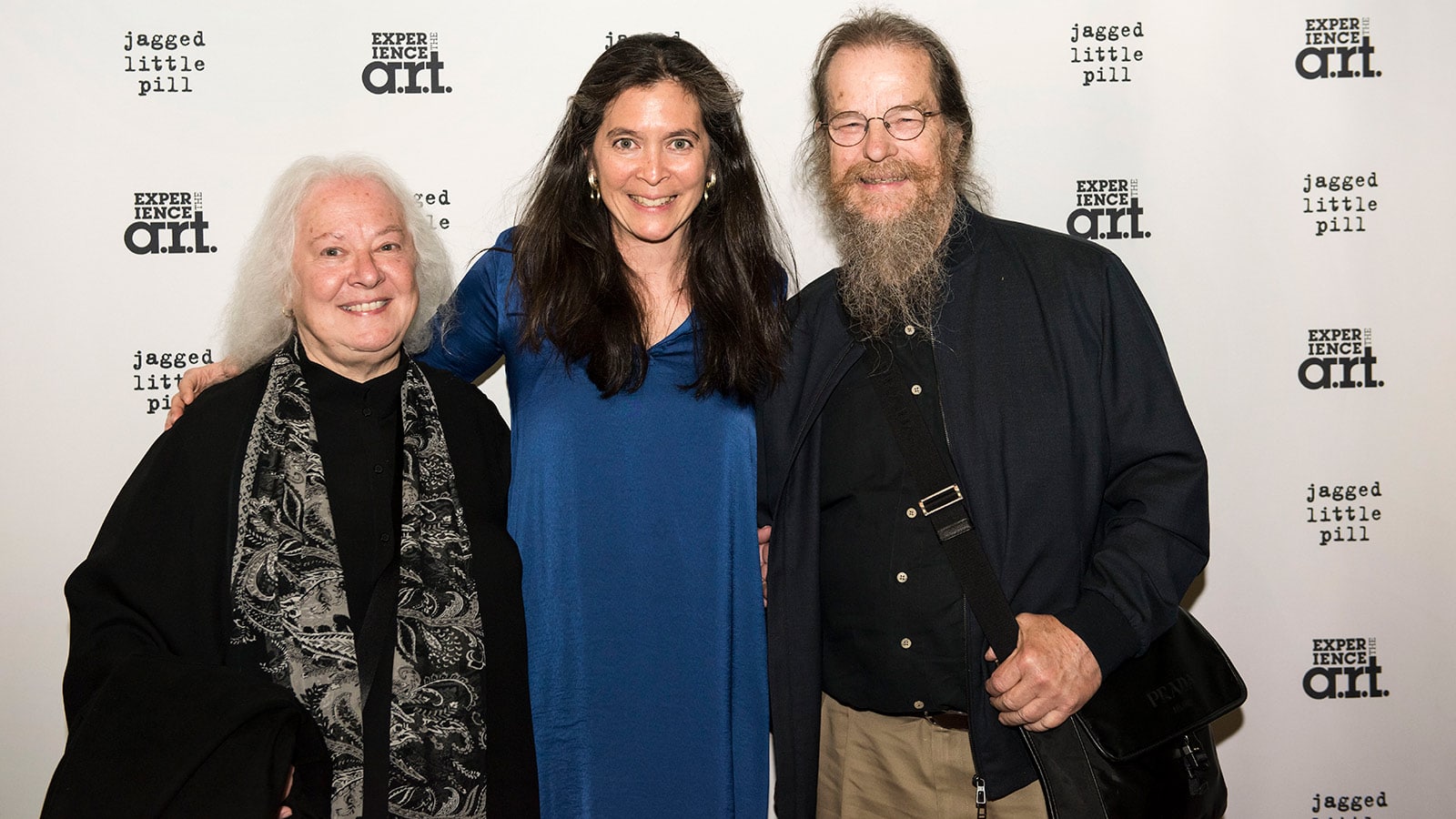 A daring stage production inspired by Alanis Morissette’s iconic album Jagged Little Pill, which premiered in May at the American Repertory Theater’s Loeb Drama Center, has pushed the limits of immersive sound design in a musical drama that moves seamlessly between interior intimacy and arena-sized intensity. To accomplish this daunting task, eminent sound designer Jonathan Deans — a pioneer in immersive audio technologies — relied on the theater’s own Meyer Sound D-Mitri digital audio platform, and a diverse complement of self-powered Meyer Sound loudspeakers.

“This whole production is so smart, so fresh,” reflects Jonathan Deans. “The creative team had a vision of telling the story in a way that can be internal and personal and then suddenly explode into these incredible songs, where the emotions can be very overpowering. So we really needed a system that worked at two levels but that could transition quickly and seamlessly from one to the other.”

The foundation for the system is the theater’s resident 88-loudspeaker Meyer Sound system, which includes full surround capability and a main proscenium system anchored by 16 LINA very compact line array loudspeakers with bass augmented by two each 900-LFC and 750-LFC low-frequency control elements. Two additional 750-LFC elements are placed back in the house for surround bass management.

To expand the sound to arena-size power, the front arrays were supplemented with ten LEOPARD compact line array loudspeakers and two 1100-LFC low-frequency control elements. “The LINA arrays have ample power for nearly everything we do here,” says the theater’s sound manager, Sam Lerner, “but this was a case where we went from big to bigger.”

According to Deans, the augmented system easily handles the show’s wide dynamic range. “We are nowhere near tapping out the LINAs, let alone the LEOPARDs. We could shake the building, but the purpose is not to do that. What we needed was something that was powerful and coherent, yet at the same time delicate and beautiful. It’s a very transparent and focused system.”

A first-time innovation for Jagged Little Pill is the deployment of eight Ashby 8C loudspeakers — mounted in custom enclosures — for the A-B voice system used during the book scenes. “If we put the intimate dialogue into the line arrays, we wouldn’t achieve the desired effect of demanding that the audience pay attention and listen,” says Deans. “We wanted a more intimate and natural effect, and the Ashby’s provide that with their open sound and 100-degree conical dispersion. It has the quality of an unamplified voice, so it pulls you into the scene rather than pushing the sound out to you. But when we explode out into the songs, the transition is smooth and seamless.”

According to Deans, a core component in realizing his ambitious design is Meyer Sound’s D-Mitri digital audio platform, with a complete seven-module system in permanent residence at the theater. “With D-Mitri, regardless of what the director asks me to do with the sound, I never have to say, ‘No, I can’t do that.’ It gives me an open landscape in which to work freely. And going from D-Mitri into the LEO Family loudspeakers is like looking through a transparent window. The LINAs and LEOPARDs are very open, and very fast to prepare because the equalization needed is minimal. What you need to make it work is easily done.”

The book for Jagged Little Pill was written by Academy Award winner (Juno) Diablo Cody. Choreography is by Olivier Award winner Sidi Larbi Cherkaoui. Morissette’s album has sold more than 33 million copies and received five Grammy awards in 1996, including Album of the Year. Scenic design is by Ricardo Hernandez, costume design is by Emily Rebholz, lighting design is by Justin Townsend, and video/projection design is by Finn Ross.

Veteran sound designer Jonathan Deans has accumulated a long list of sound design credits for Broadway hits as well as for Cirque du Soleil spectaculars, including The Beatles’ LOVE, Michael Jackson’s ONE, “O” and KÀ, among others.

Inspired by the themes and emotions laid bare in Alanis Morissette’s Grammy Award-winning album, Jagged Little Pill is an original story about pain, healing, and empowerment. The Healys appear to be a picture-perfect suburban family—but looks can be deceiving. When the Healys’ lives are disrupted by a series of disturbing events, they must choose between maintaining the status quo or facing harsh truths about themselves, their community, and the world around them. Jagged Little Pill includes iconic songs “Ironic,” “You Oughta Know,” and “Hand in My Pocket,” as well as selections from Morissette’s catalogue and new material written for this world premiere production.

American Repertory Theater (A.R.T.) at Harvard University is a leading force in the American theater, producing groundbreaking work in Cambridge and beyond. Under the leadership of Terrie and Bradley Bloom Artistic Director Diane Paulus and Executive Producer Diane Borger, A.R.T. seeks to expand the boundaries of theater by programming events that immerse audiences in transformative theatrical experiences. Throughout its history, A.R.T. has been honored with many distinguished awards, including nineteen Tony Awards since 2002, a Pulitzer Prize, a Jujamcyn Award, the Tony Award for Best Regional Theatre, and the National Theatre Conference’s Outstanding Achievement Award.